Truly thank you very much to those of you who have came to watch, who have watched the stream of “BACKS LIVE!!” that was held the other day. 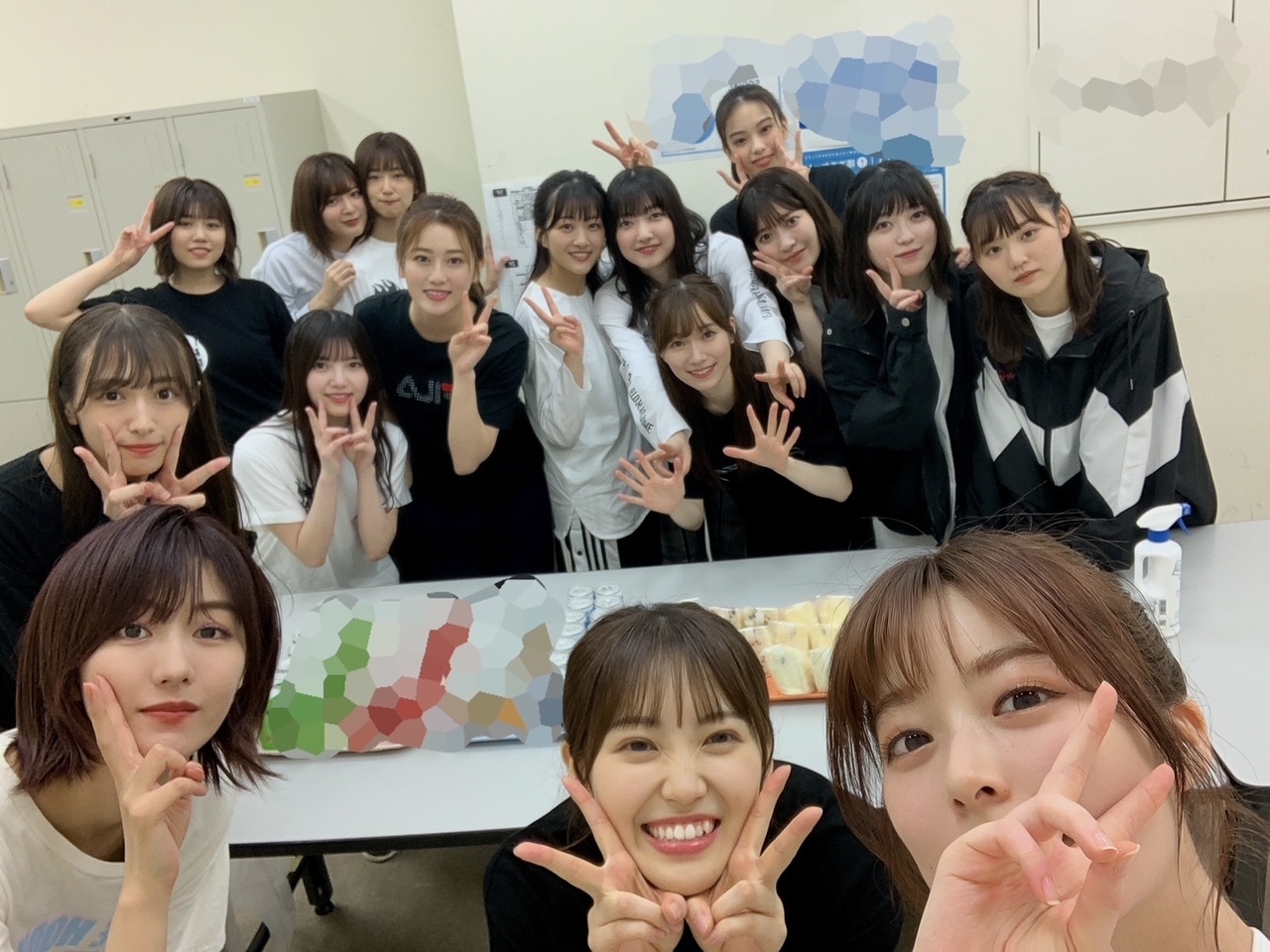 I’m sorry for the late blog…

The feelings I felt, the things I learned, the memories in one month rehearsal period was so many I couldn’t write them all into blog.

We are currently in the middle of rehearsal for “W-KEYAKI FES 2021″‘!

I’m planning to write things slowly once the festival is over, once things calmed down, but I somewhat wonder if it’s also important to write before my feelings settle…

Throughout this rehearsal period and the three days of the performance, I feel that something in me has definitely changed.

It might be something that is difficult to clearly put to words, but I wondered if it was my true feelings that I wanted to realize, or if it was the feelings from back then that I start to forget…

“Do something for yourself sometimes”「たまには自分のために」

These words that has been said to me by people around me and the fans since a long time.

I didn’t really know what this word was or what to do with it.
I like to think and take actions by doing it for the group or the members, and I have never been bothered by it, so I think I didn’t understand why people said that to me.

Through “BACKS LIVE,” I think I have a better understanding of what “for myself” really means.

I think that “for myself” for me is to find out what the people around expect from me, and answer them.

In this show for the first time we had a candidacy system, where we had to tell which of Sakurazaka46’s songs we wanted to be the center of.

When I hear of it, I was honestly convinced that it’s impossible for me.

It’s not that I’m being negative, but objectively… I strongly felt that I wasn’t the right person to be in the center.

When I shared my honest thoughts, the staff asked, “What are you looking for?”.

After that, I faced myself a lot and thought about my fans who have been supporting me for a long time, and the conclusion I came to was “BAN”.

When I first heard this song and saw the lyrics, I wanted too honestly express the strong feeling I felt.

I want to do something that only I can do.

I can’t put it into words, but I feel like I can convey my true feelings with this song.

I really put a lot of thought into “BAN”, the song I was given to act as the center.

So, I’d be happy if something was conveyed to those who saw it.

I am really grateful to all the people who have led me to this point, including the fans. Thank you very much. 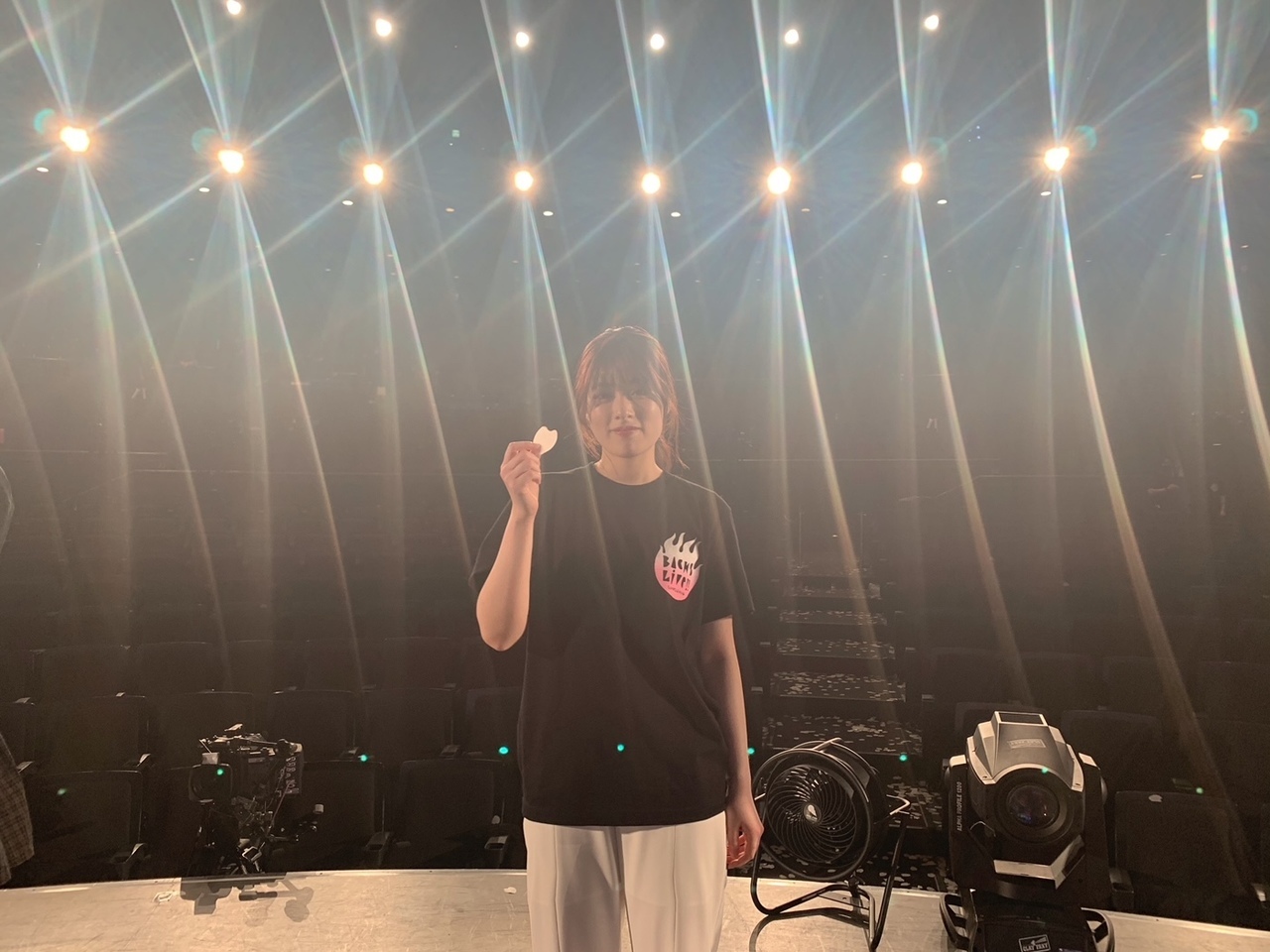 And this time, I was helped by many members from the 1st generation and 2nd generation.

This rehearsal period has changed the way I see each and every member, and I love them all even more than before.

There are so many things that I can’t write them all, but I want to genuinely thank everyone.

What I am particularly pleased about is how the wall between generations have disappear!!

The 2nd generation members are all kind, polite, and good, so I sometimes felt that they are being  too formal around the 1st generation, but at this show, I felt that our strong desire to absolutely make the live a success has made those barriers disappear. I’m really glad that we became friends who can talk to each other. 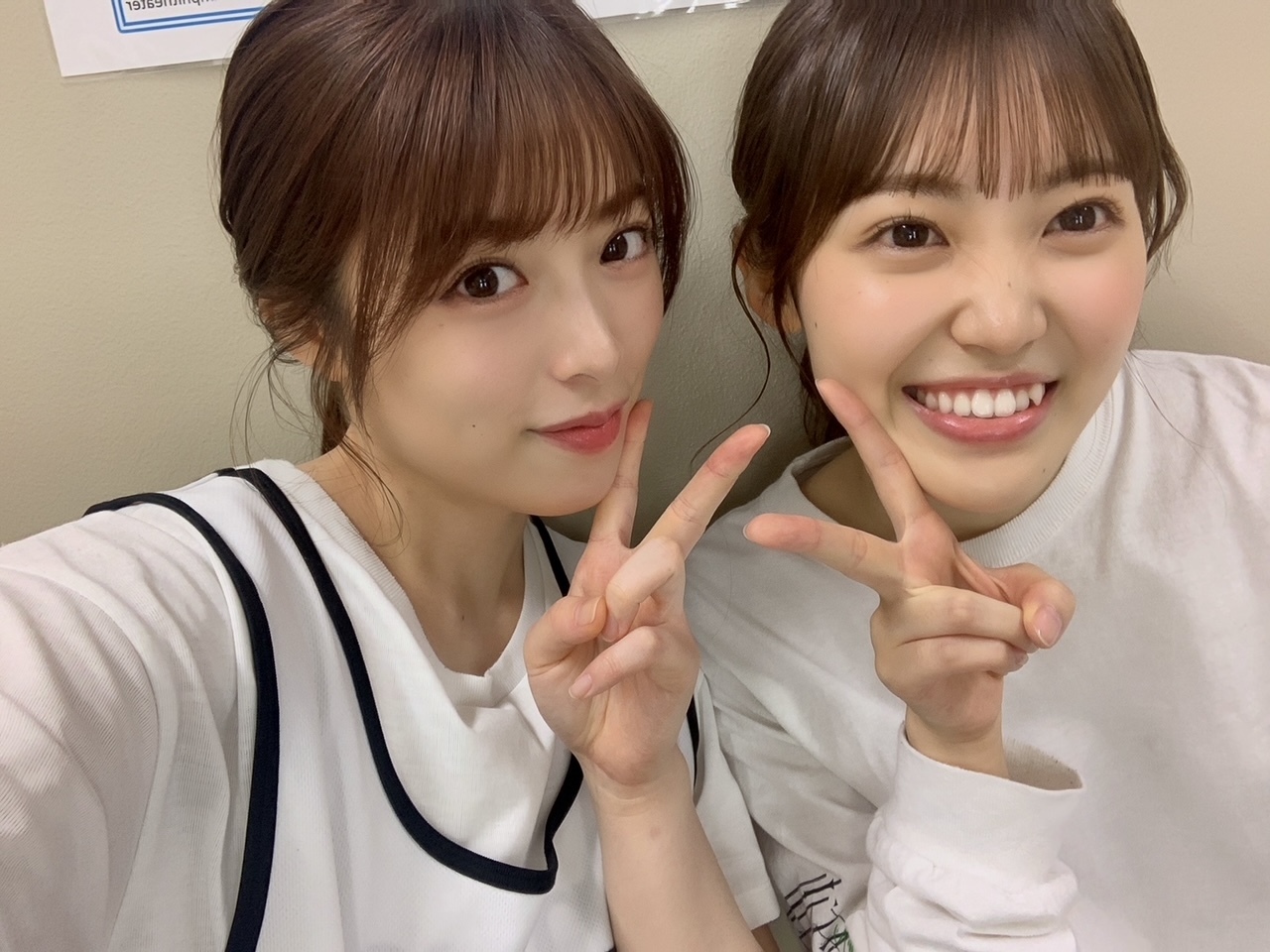 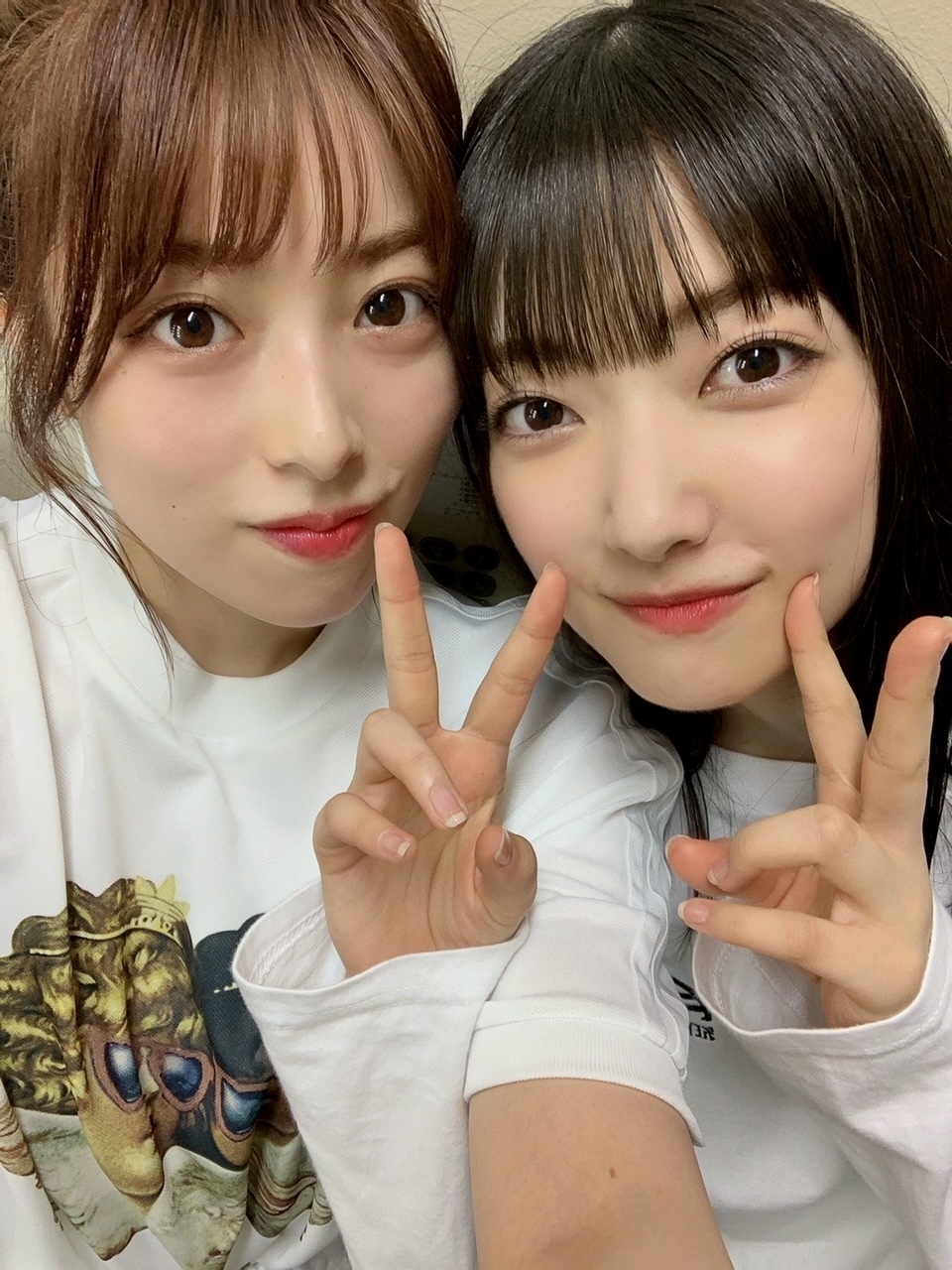 It’s been a while since we had an MC that is full of talking, so I was already super nervous from the rehearsal.
I had to go through a lot of trial-and-error with Matsuri and Yui-chan who acted as the MC on the other two parts and the staff. While learning from how good the two of them are, the five of them helped me.

The letters I on the last day made me so happy that I will never forget it. I genuinely thought about how glad I am to have met them. 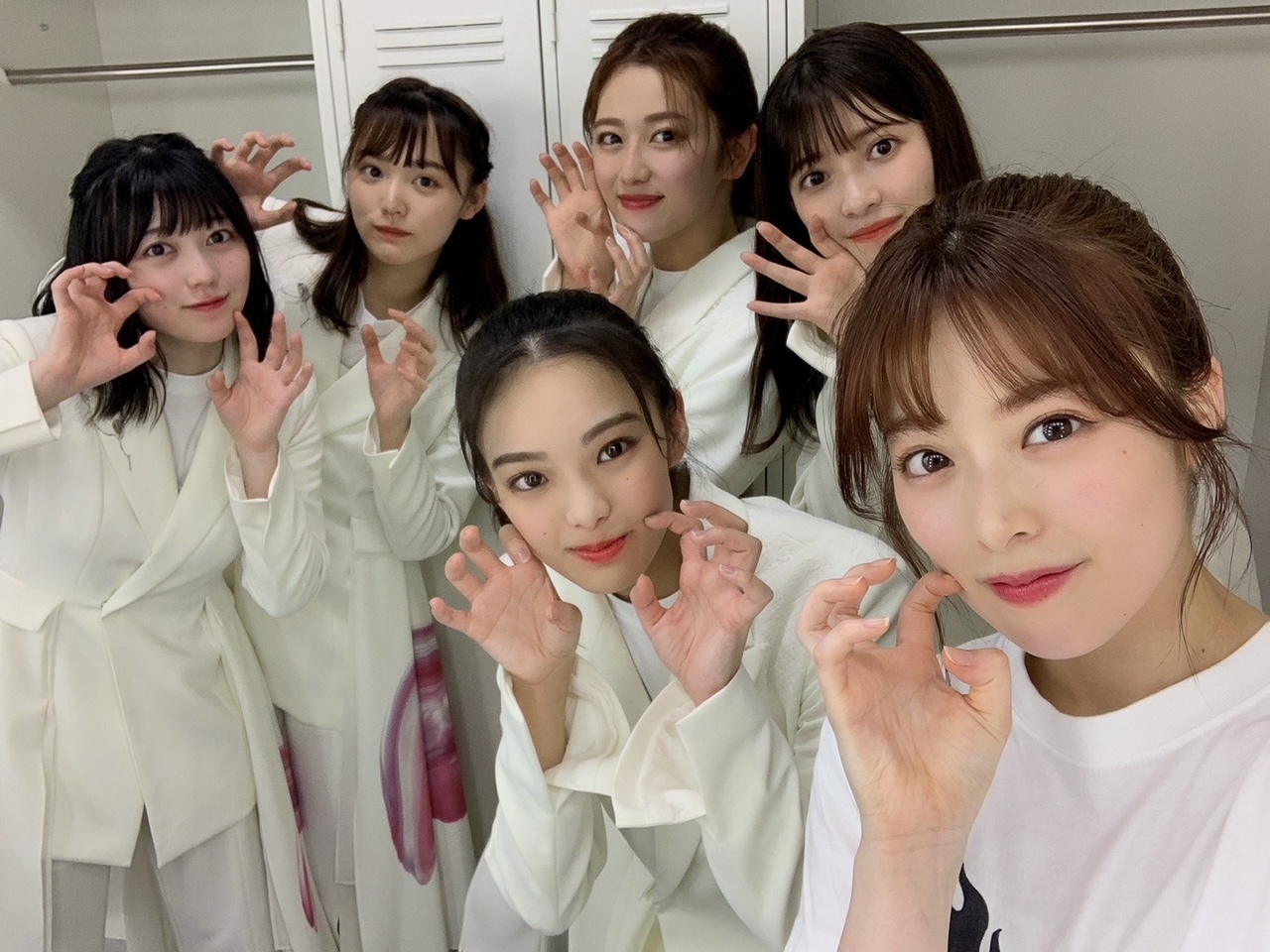 After the live, I was able to once again reaffirm my love for being on stage and performing.

I’m sure that from now on too, my favorite and happiest moment will always be “live performance”.

I will never forget that leading up until now, I am able to stand on stage because the support of many people.

Without taking for granted how this live show will be held and how there are people who are coming to see us, I would like to tackle the rehearsal every day!!

I want do dance superly with everyone 🌸💃🌸 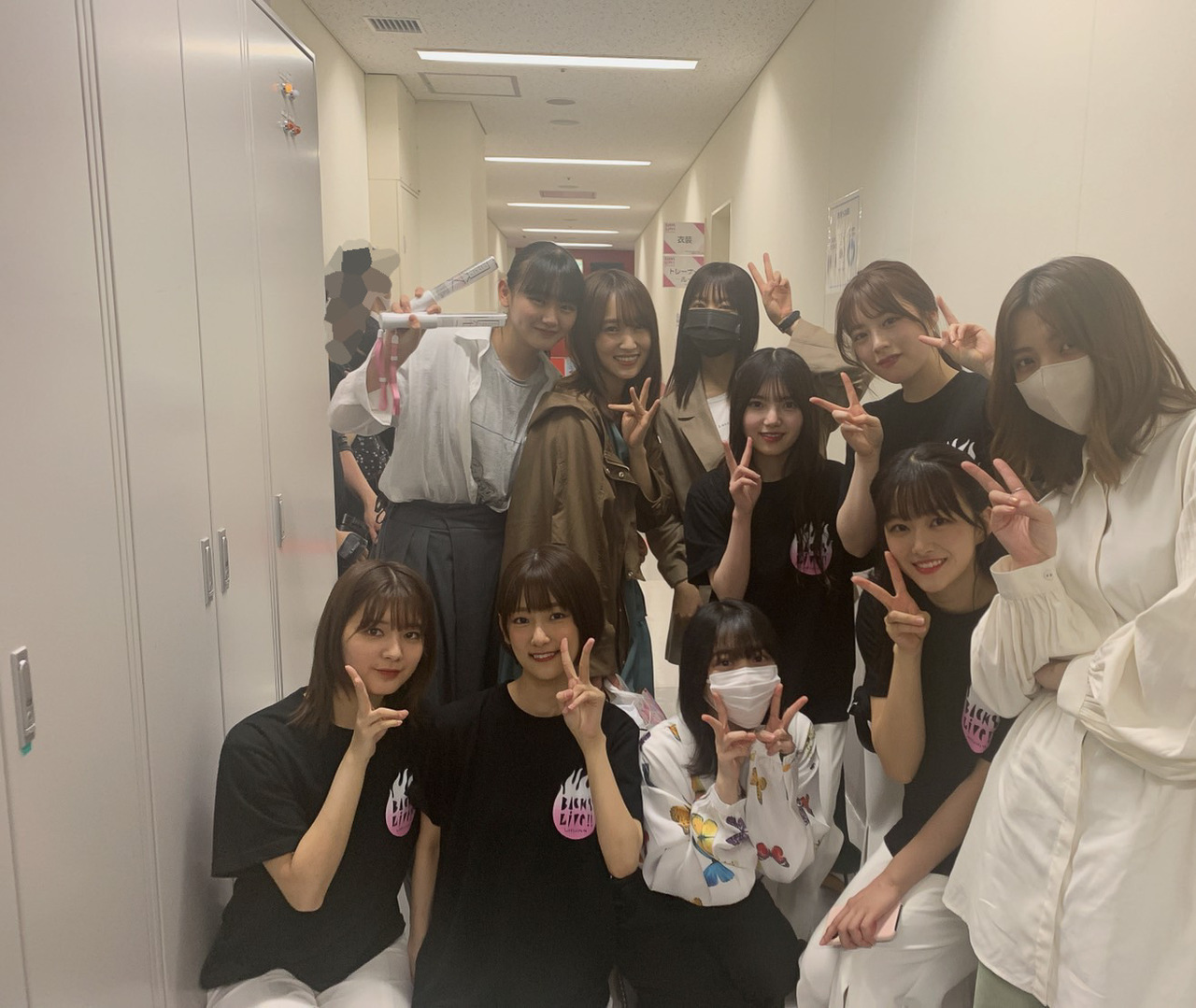 It has become a long one, thank you very much for reading until this point 🙇🏻

I’m sure there’s been some happy news leading up to today, and I’ll write another blog about that later! 🎸