You can feel the arrival of autumn from how it’s getting chilly little by little, can’t you?

How are you doing?

Some time has passed, 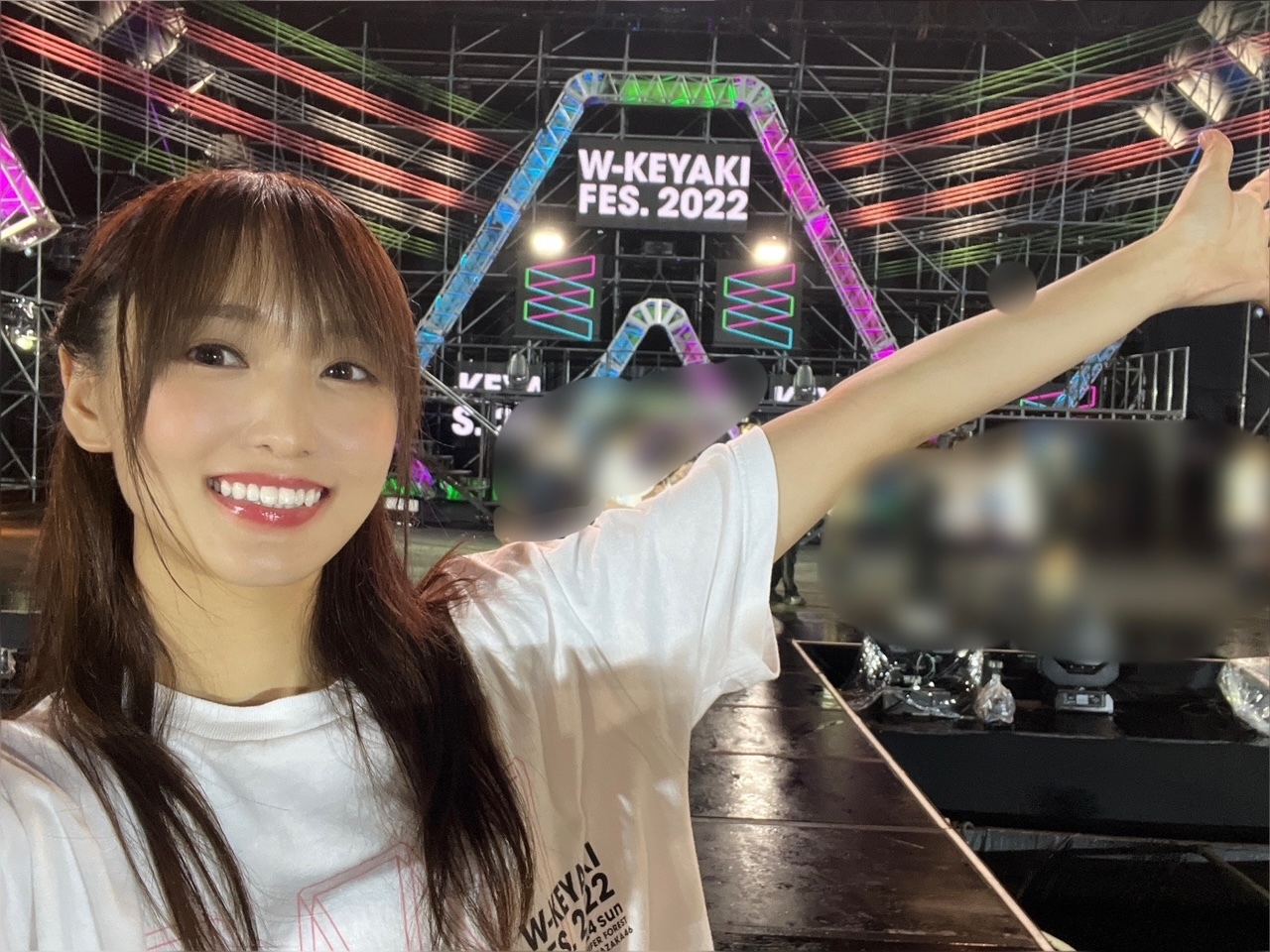 thank you so much to

everyone who worked hard to make this transfer performance possible,

everyone who has come to the venue,

and everyone who has watched through the online stream!!

I talked about it during Day 1’s MC,

but I think that the reason we were able to give the concert another go,

after it being canceled once,

was because of the many cheers sent by all of you Buddies.

#いつもありがとう櫻坂46 (Thank you as always, Sakurazaka46)

It made me very happy, it encouraged me… 🥺

I prepared for this concert with feelings of gratitude

so that I could respond to everyone’s feelings of love in the best possible way.

There were changes on the setlist for both days,

I think that it was a challenging festival!

There were also many songs that were performed in front of you for the first time, 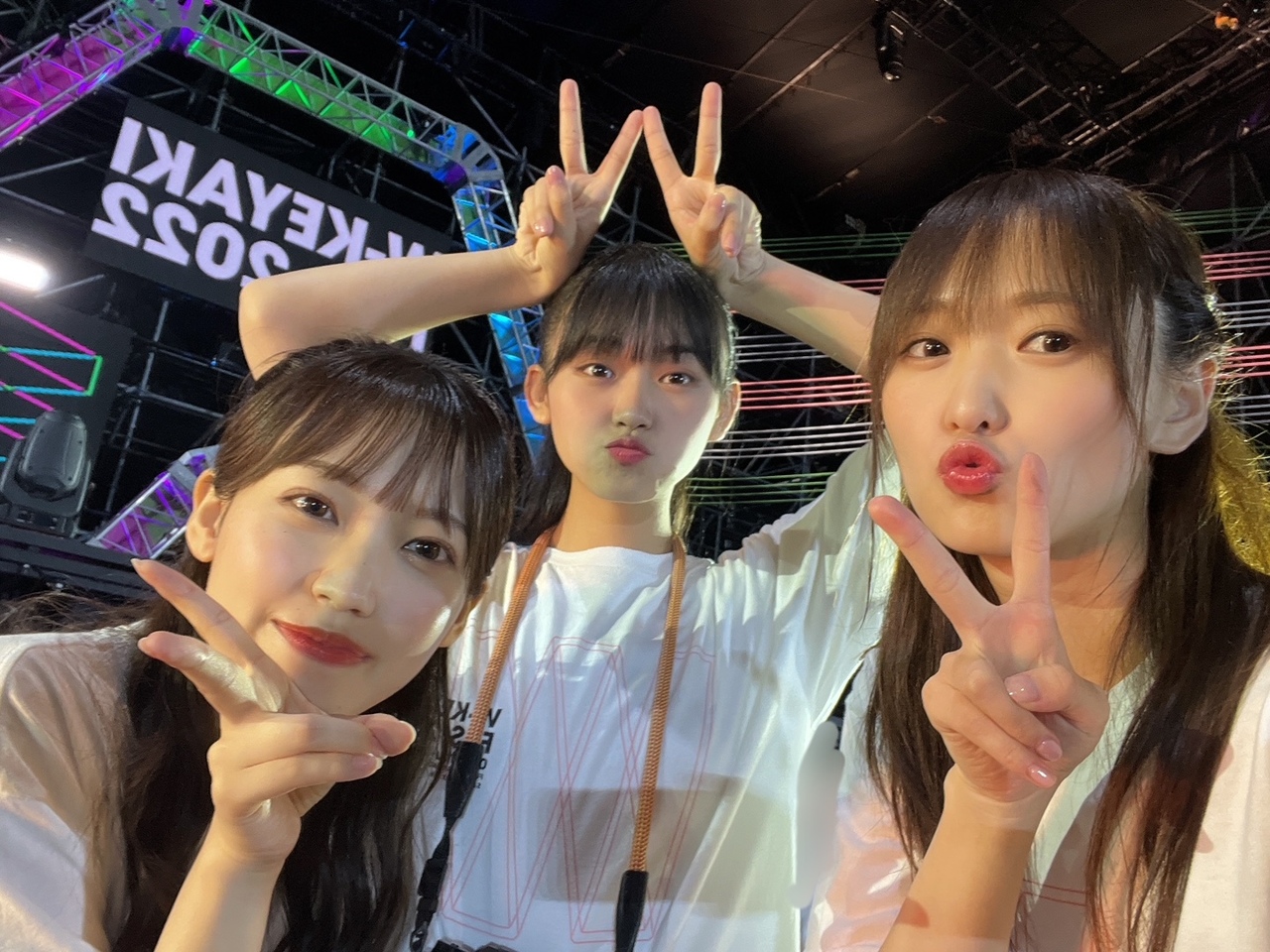 On the second day, there was a graduation ceremony for Aoi and Oze 🌷 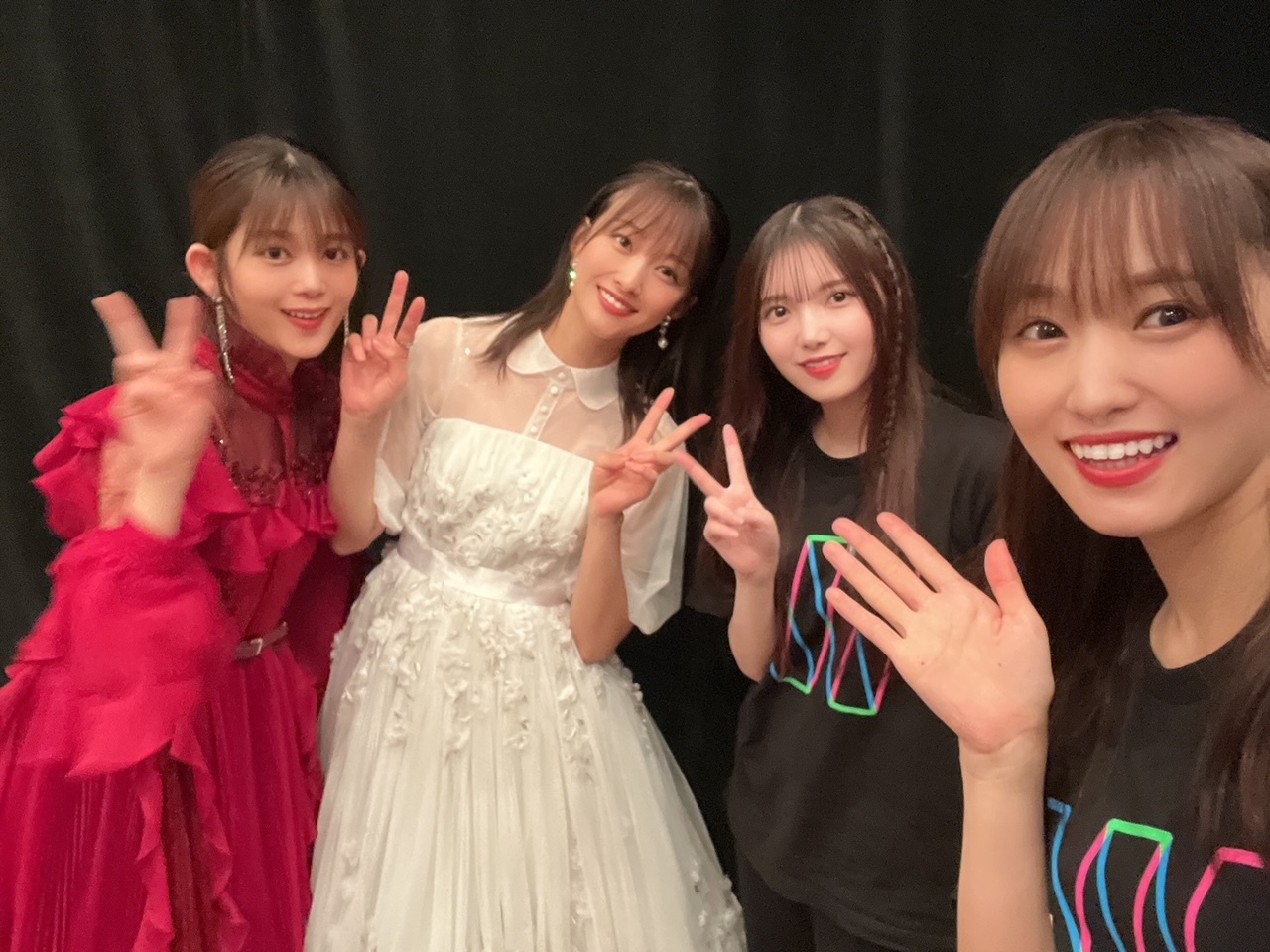 Aoi-chan has been a member that I found to be strangely similar in feeling since the time when we entered Keyakizaka.

She might be teased as the “eternal elementary schooler,”

but I think it’s amazing that she has a will of her own and can be strict with herself!

When I’d see her studying in the dressing room even amidst a tight schedule, it made me think that I need to do my best to balance my work with my studies as well.

I was feeling lonely when she went on hiatus,

but when she returned, she had completely transformed into a beautiful woman, I was moved by it ✨

I was truly happy that she returned!!

She’s good at taking care of others,

so her relationship with the 2nd gen is a frank one,

before I knew it, she had become close friends with them 😌

I myself went to meet Aoi-chan at her cram school,

we went to drink bubble tea together,

I then found myself being able to talk to her about anything, from work to jokes 🙂

The “Hey, listen, listen~” that Aotan often says in the dressing room

whenever she wanted attention

is something that now without her around, is nostalgic, lonely, and missed.

Thank you for becoming my friend. 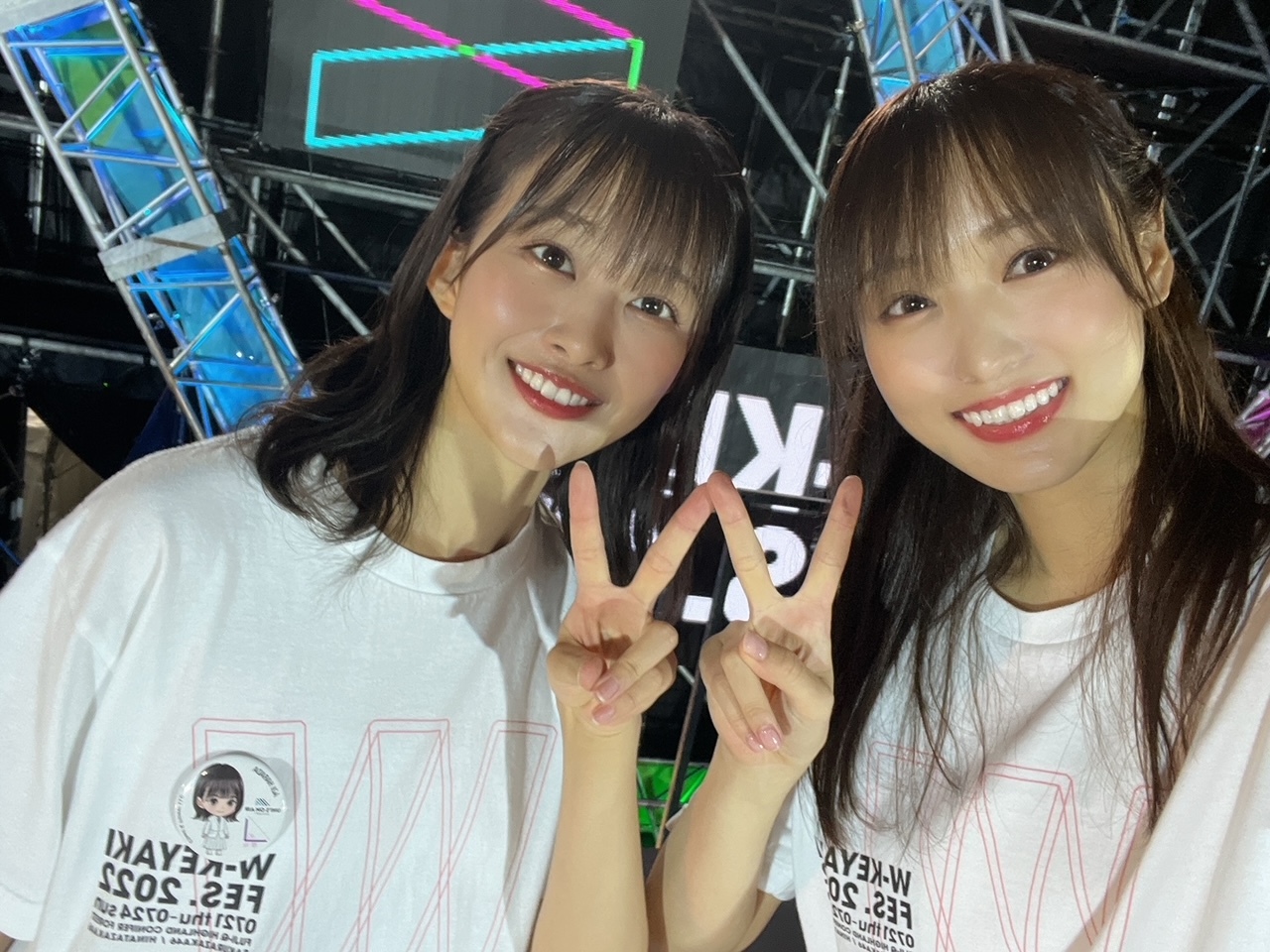 I will always support the path Aoi has chosen! 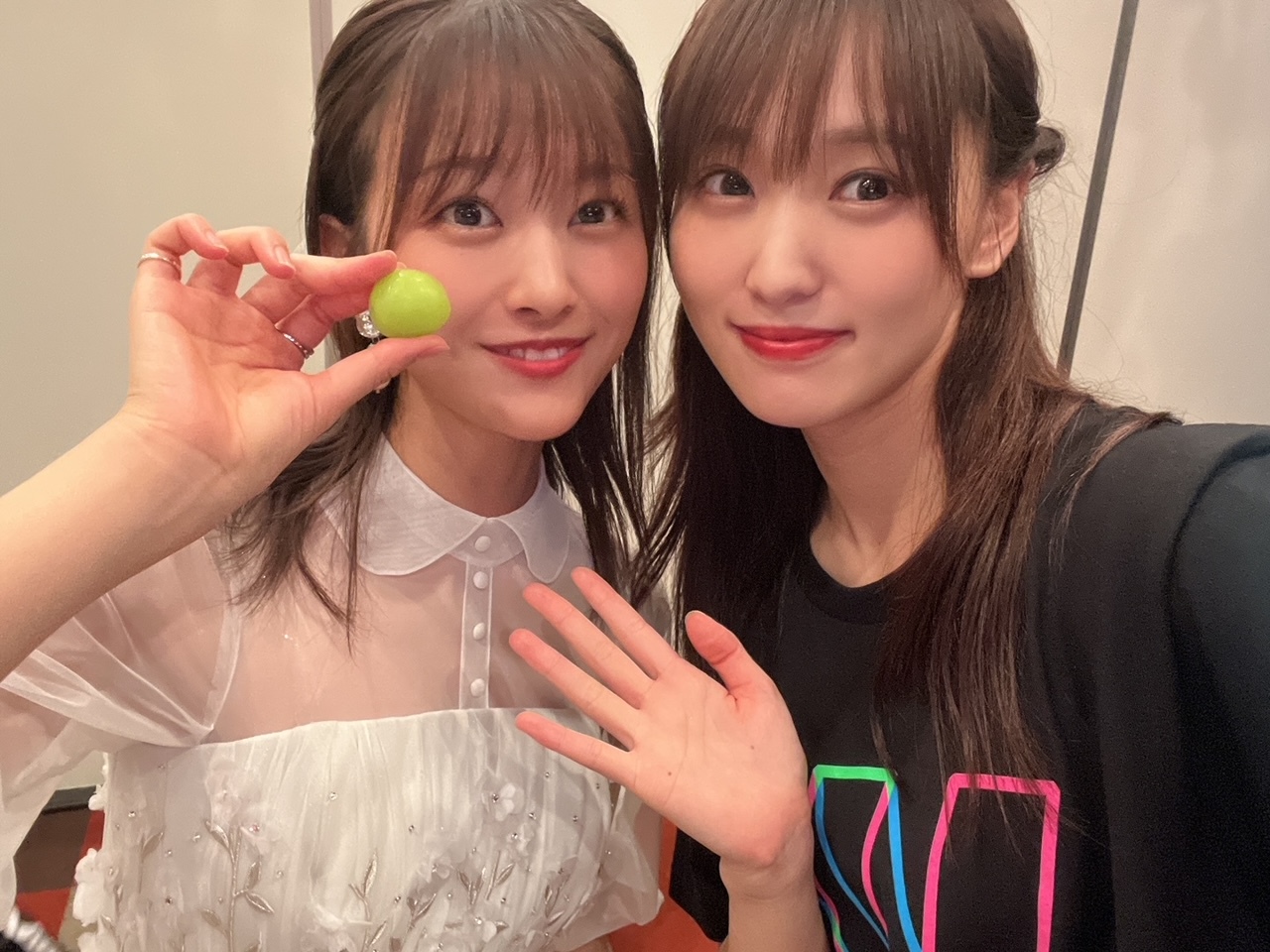 Oze always made the members laugh a lot,

when I think back on the memories where I laughed so hard, Oze is often at the center of it.

during our audition, Ozeki was the first girl I noticed because of how cute she was.

While there is a funny side to her that is like a pure, innocent child,

she also has a farsighted, adult side,

and was very aware of the changes around her.

I was very helped by how diligently she reached out to many members and took care of them.

During the Keyakizaka days, I often had to handle the MC sessions in concert by myself and was often feeling troubled about who to speak to

My last ray of hope was Oze, who had started working as a radio personality.

I may have always troubled her with my killer passes of “What do you think, Ozeki?”

but I was very helped by it!

For all you have done to care for your surroundings,

I hope that you can live your life in a laid back, peaceful, Oze-like manner 😌 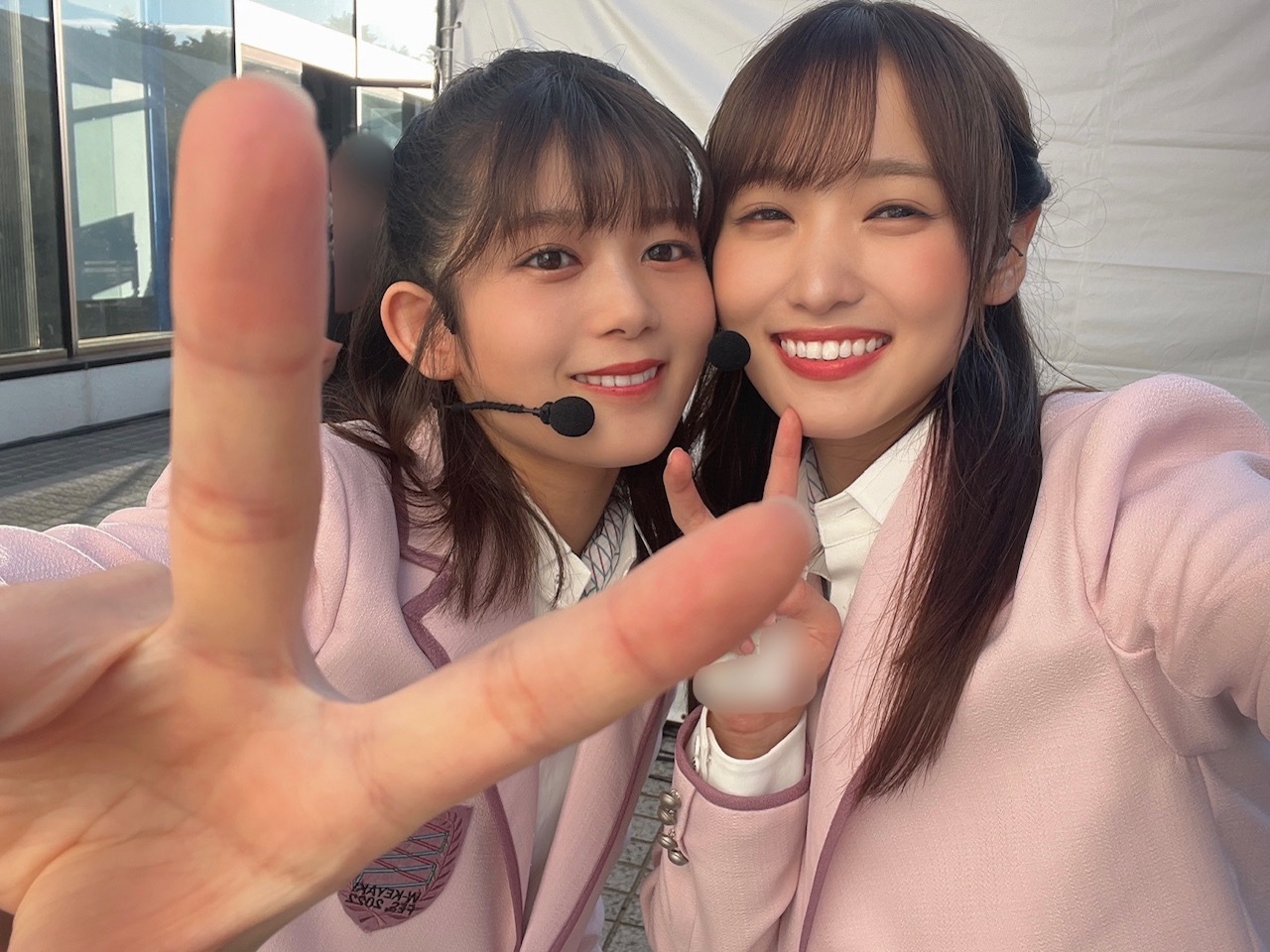 My personal favorite picture of the platoon leader⚓️ 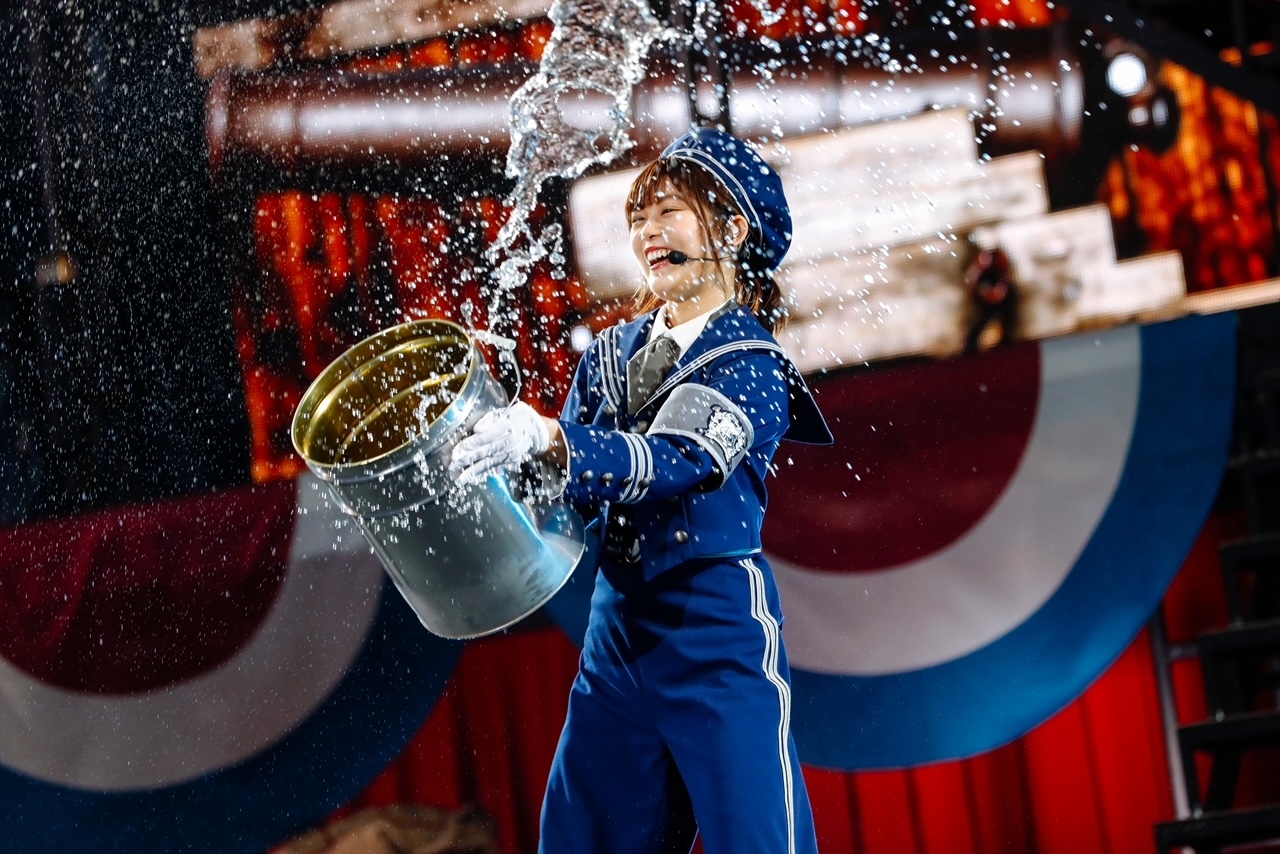 Once again, congratulations to both of them on their graduation✨

And thank you very, very much!!!

May your life continue to be full of smiles.

Please continue to support the two of them 😌

Sakurazaka46 was able to show a special cover of Hiragana Keyaki’s “NO WAR in the future”.

It was a song from about 4 years ago, when we were working together as Hiragana Keyaki and Kanji Keyaki

and I feel a strong sympathy for the message in the lyrics.

I feel touched by the powerful performance of Hinatazaka46’s members, and how they could bring the venue together as one when they sing this song in their concert.

When covering the song this time,

it was discussed with each member,

and upon hearing various opinions, the instructors and staff members considered different patterns before making the final decision.

It felt sobering to be entrusted as a center.

Just as how Hiragana Keyaki’s 1st gen and 2nd gen deepened their friendship through this song back then,

with the hope that the messages of the lyrics could be conveyed even just a little,

I sang it with great care.

Thank you very much for giving us the chance 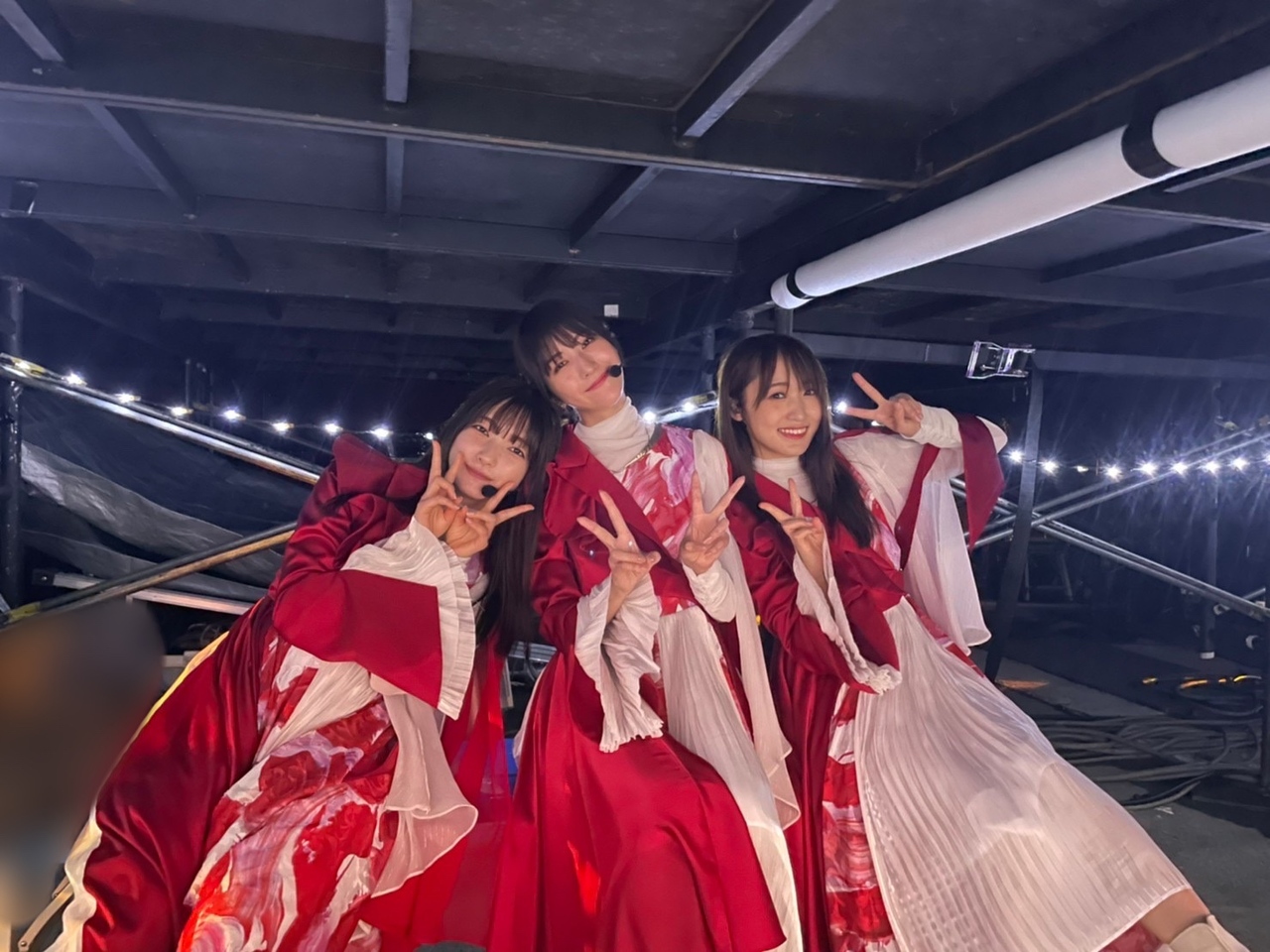 W-KEYAKI FES.2022 is my last concert at Conifer Forest, which is a very memorable place for me,

so it became a very important two days for me ✨

All the things that you presented to me;

the scenery of the glowing jewel-like lightstick colors, the uchiwa and goods that are filled with love,

I spent my time trying to remember everything that I have seen and touched.

On the big finale of the second day,

when I saw the fireworks, my tension suddenly melted away and various thoughts filled my mind, and big tears streamed down my cheeks.

(Rina-chan who was next to me gave me a hug)

Truly, thank you very much for those two days!! 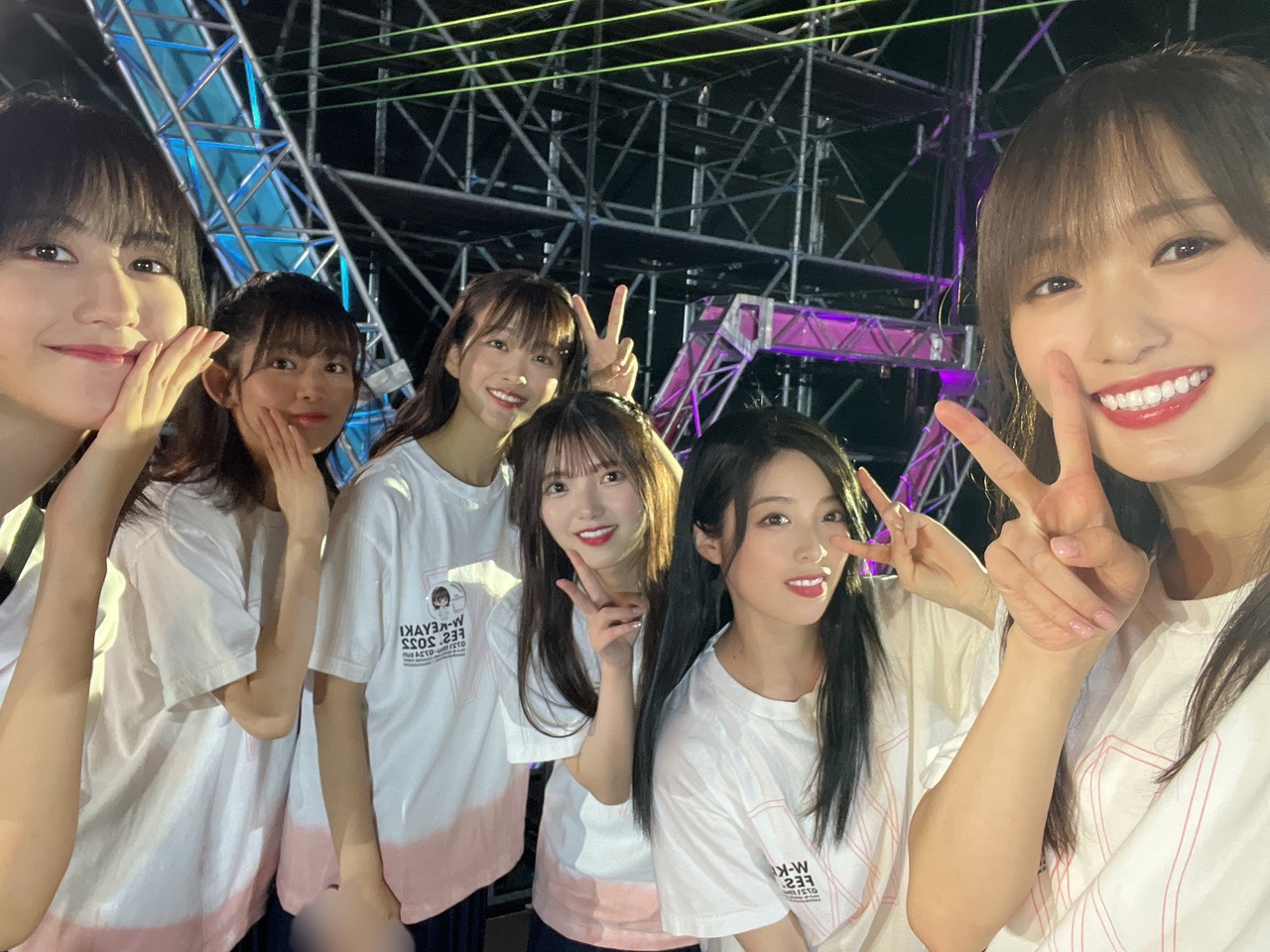 Let’s meet on the national tour next✨

I appeared together with Fuuchan in the fan club exclusive radio content, “Sakumimi vol. 181” which is now up for streaming 👂

We talked about behind-the-scenes stories from Keyaki Fes, about my graduation and graduation announcement, as well as my latest feelings 🌸

I’d be happy if you could give it a listen! 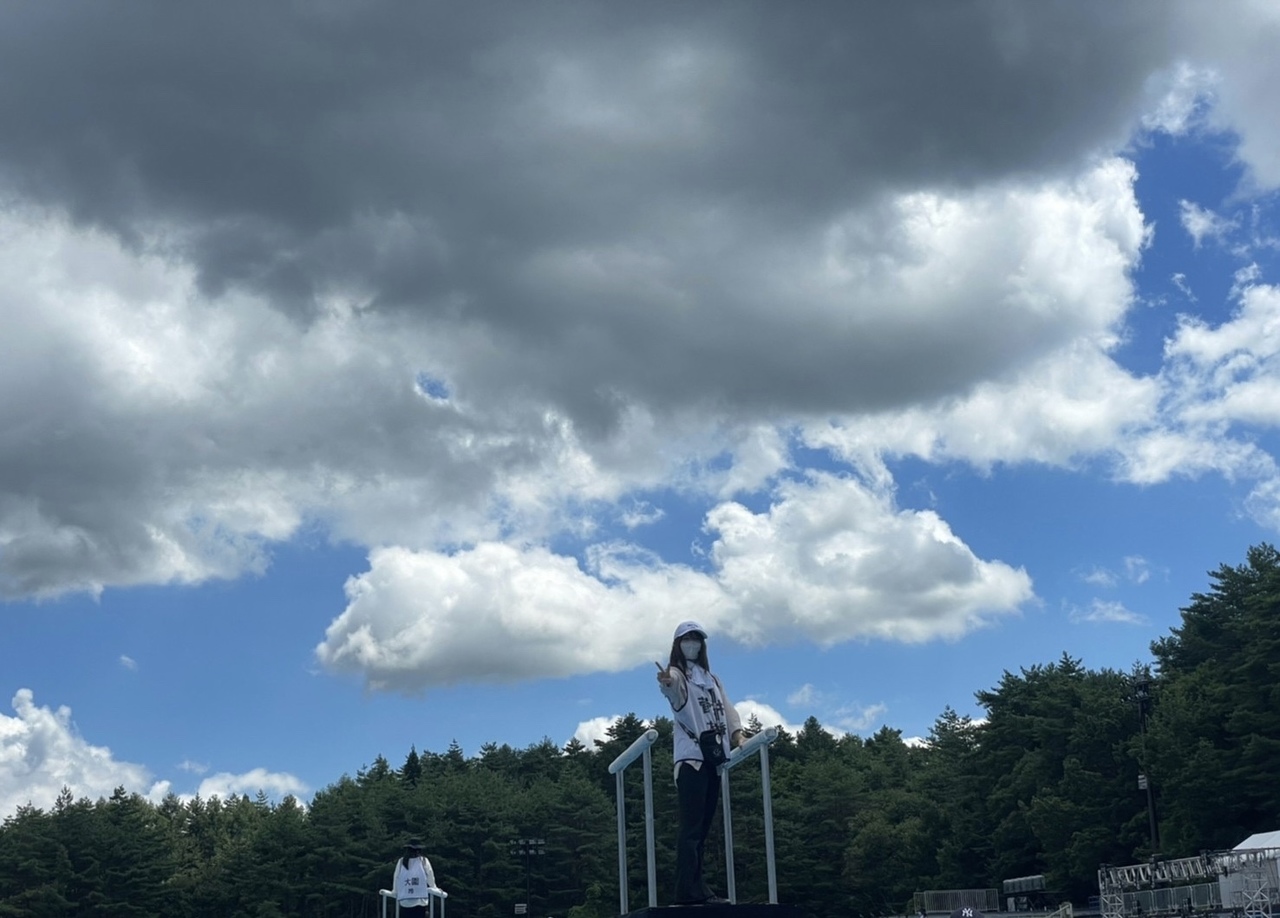 Thank you very much

for reading until the end 🤍 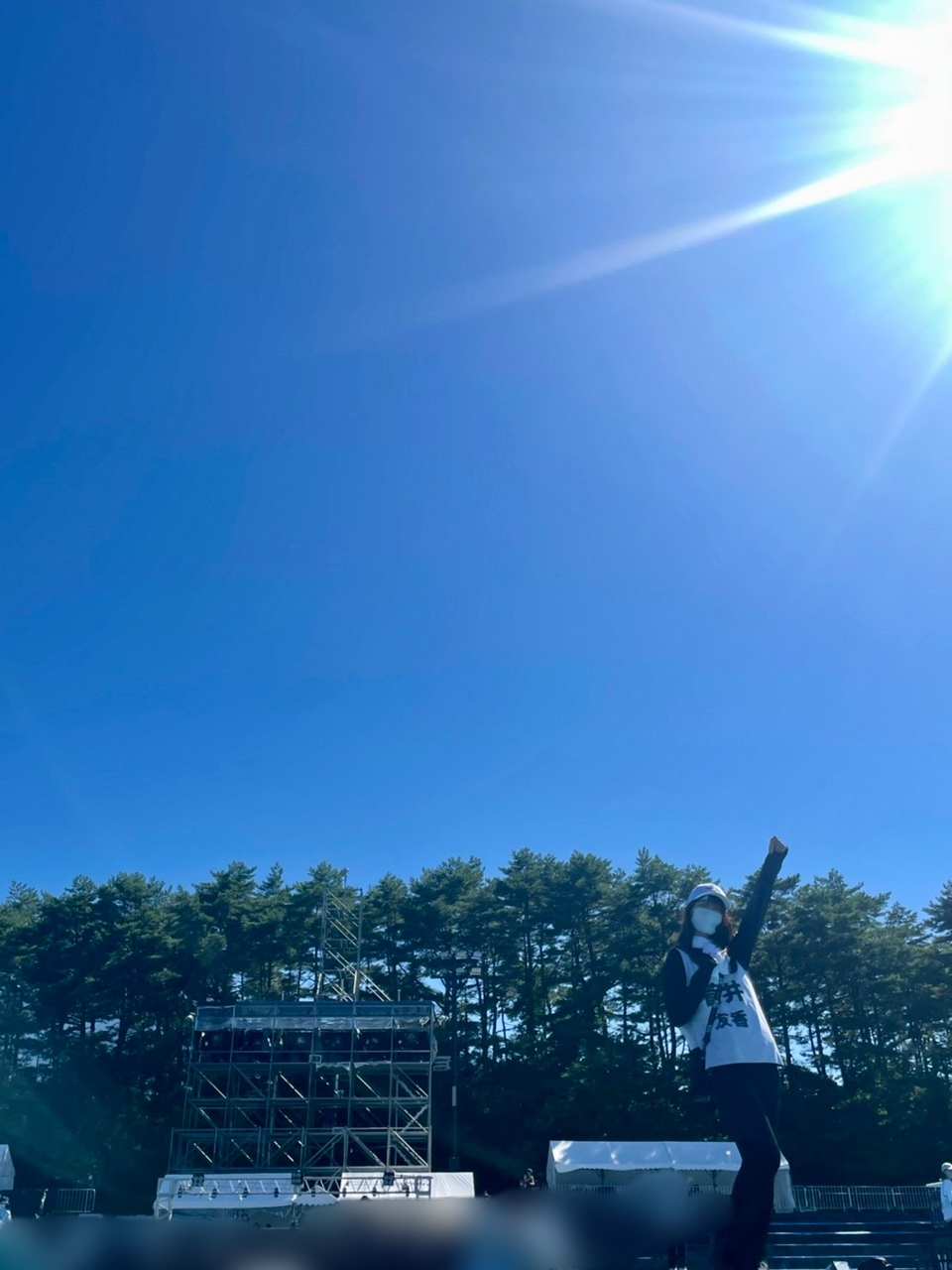